Your browser does not support Java Script or javascript is disabled. Please ensure that your browser supports it for full compatibility with our services. 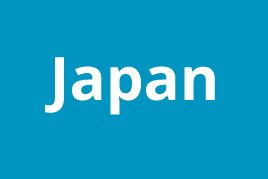 I may not need to tell you that travelling to Japan entails plenty of shopping and delicious food, as well as marvelling at futuristic technology. While it may be customary to take a photo of the toilets in Japan (as its seat is heated and has an intuitive bidet which sprays jets of water to clean your behind), it appears that it may not be quite as possible to bring home such a curious but wonderful system. Or is it possible? It seems rather laughable to bring a bidet back home, but it sure is possible with “Quote & Book”.
Losing oneself amongst the plethora of electronic gadgets at Akihabara, Tokyo is a wonderland for the tech geeks. The same could be said for the fashionistas, running through the clothing racks in department stores in the high end fashion districts such as Ginza or hunting for quirky finds in Lolita-town Harajuku. The beauty of Japan is in its quirky novelty, and its quirkiness seems to be endless. Yet, its efficiency as a city combined with its flawless aesthetic is not compromised in its diversity. Take the Shinkansen (High Speed Bullet Train) down to Kyoto to revel in its ancient temples and briefly contemplate on spirituality while admiring the abundancy of sakura blossoms in autumn.
If you are fortunate enough to be living in Japan (well, lucky you!), you might be missing some home comforts. So long the mailed items do not exceed 200,000 Japanese yen (about AUD $2100) in value, they will be considered as non-duty articles. I must digress to point out that $2000 could buy you 300 large bottles of Vegemite or 1000 packs of Tim-tams – how’s that for ‘food for thought’? ;)
Although some foodstuffs are approved by Japan’s customs, it does not necessarily apply to most products such as dairy and cereals. Click here for a list of prohibited articles by the UPU or Japan Post.
comments powered by Disqus
If you can’t find what you are looking for or have a question? contact us here.
Contact Us